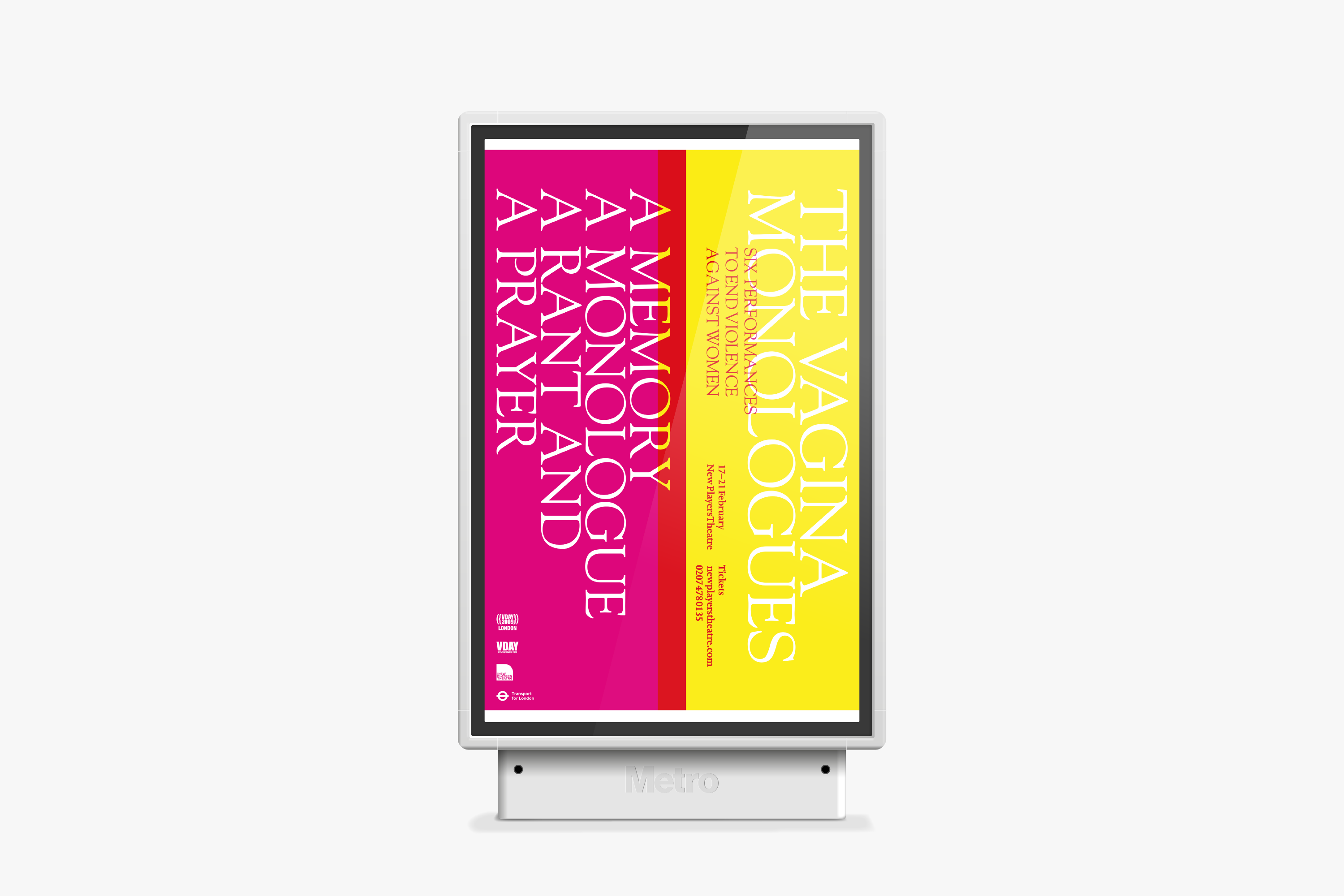 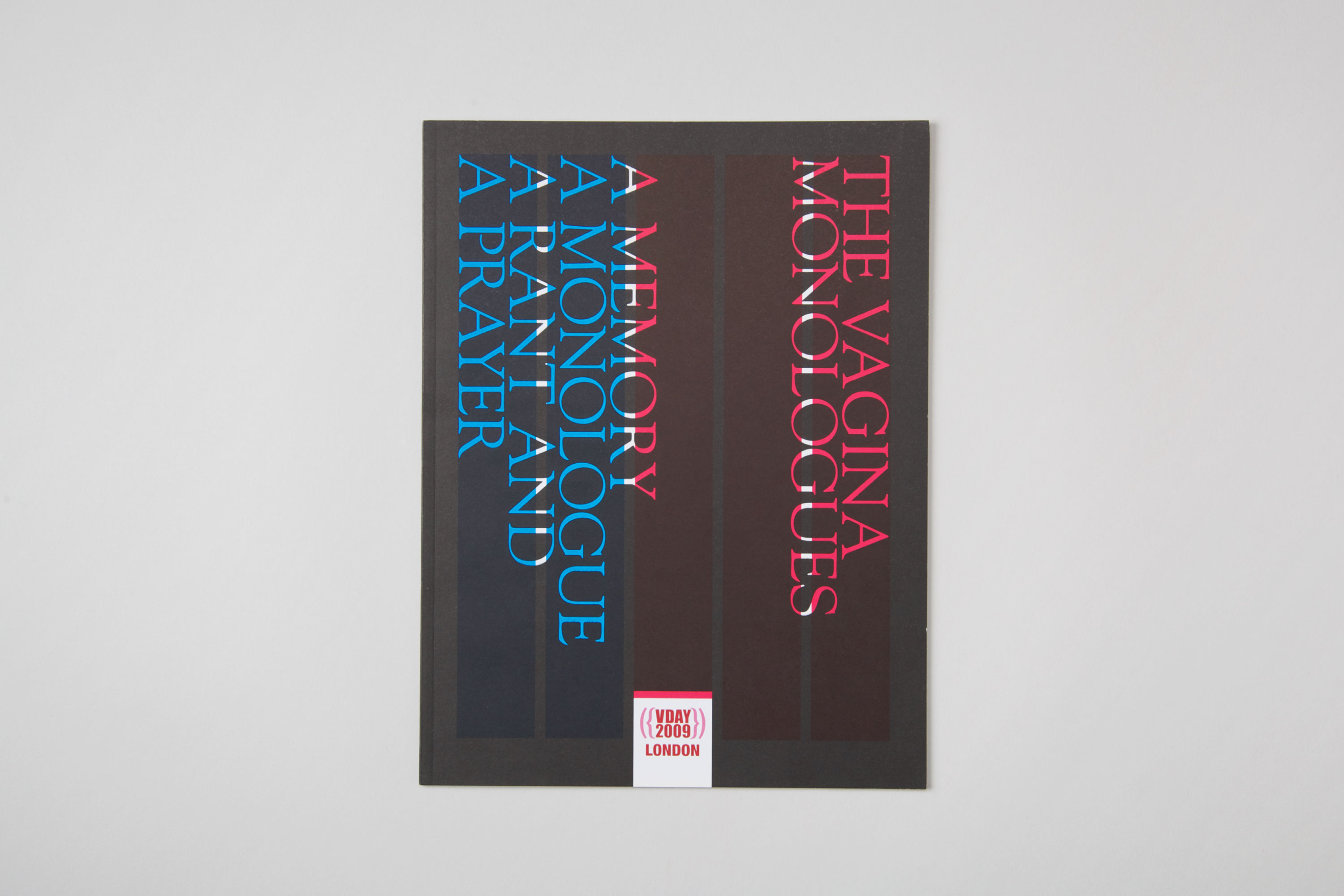 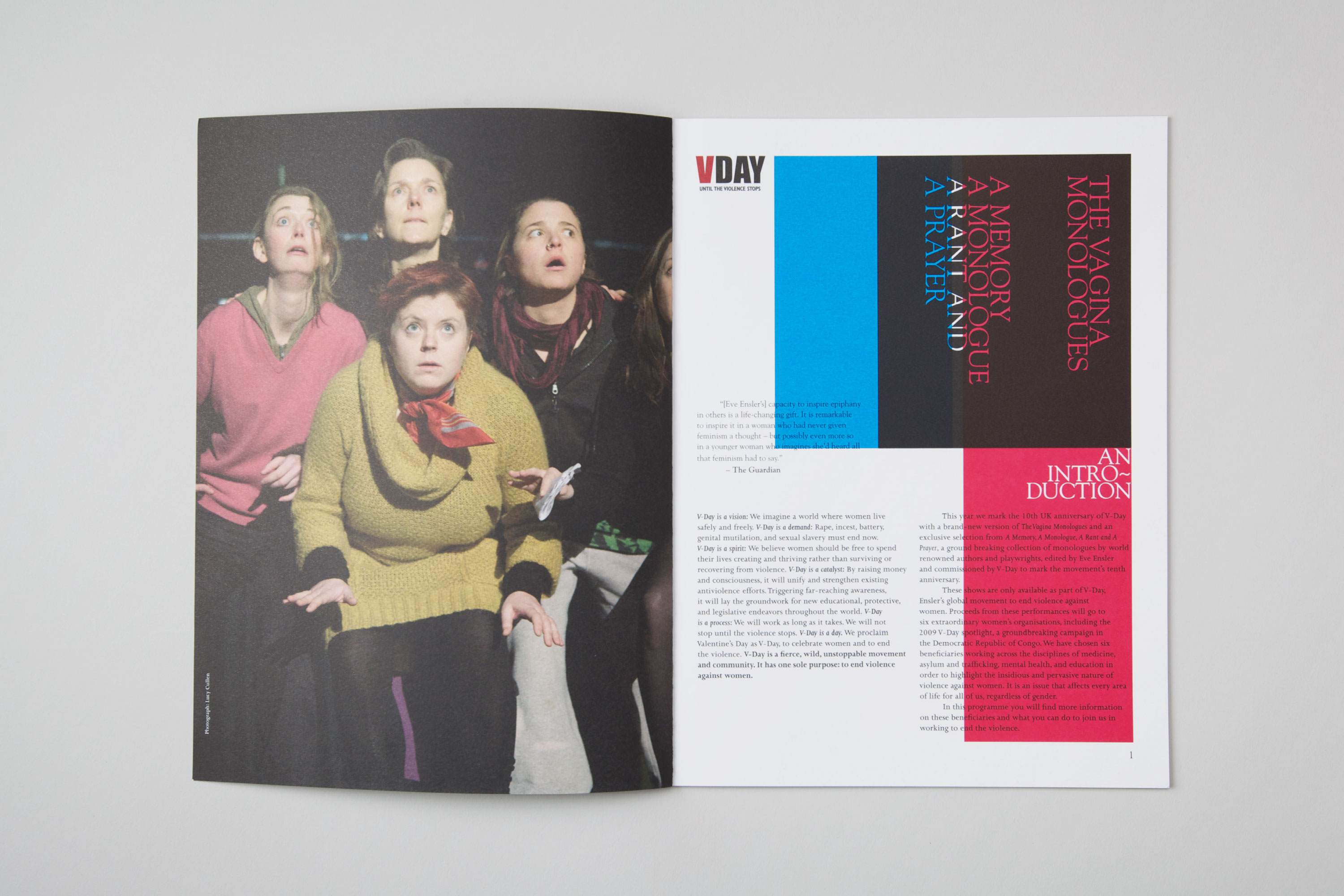 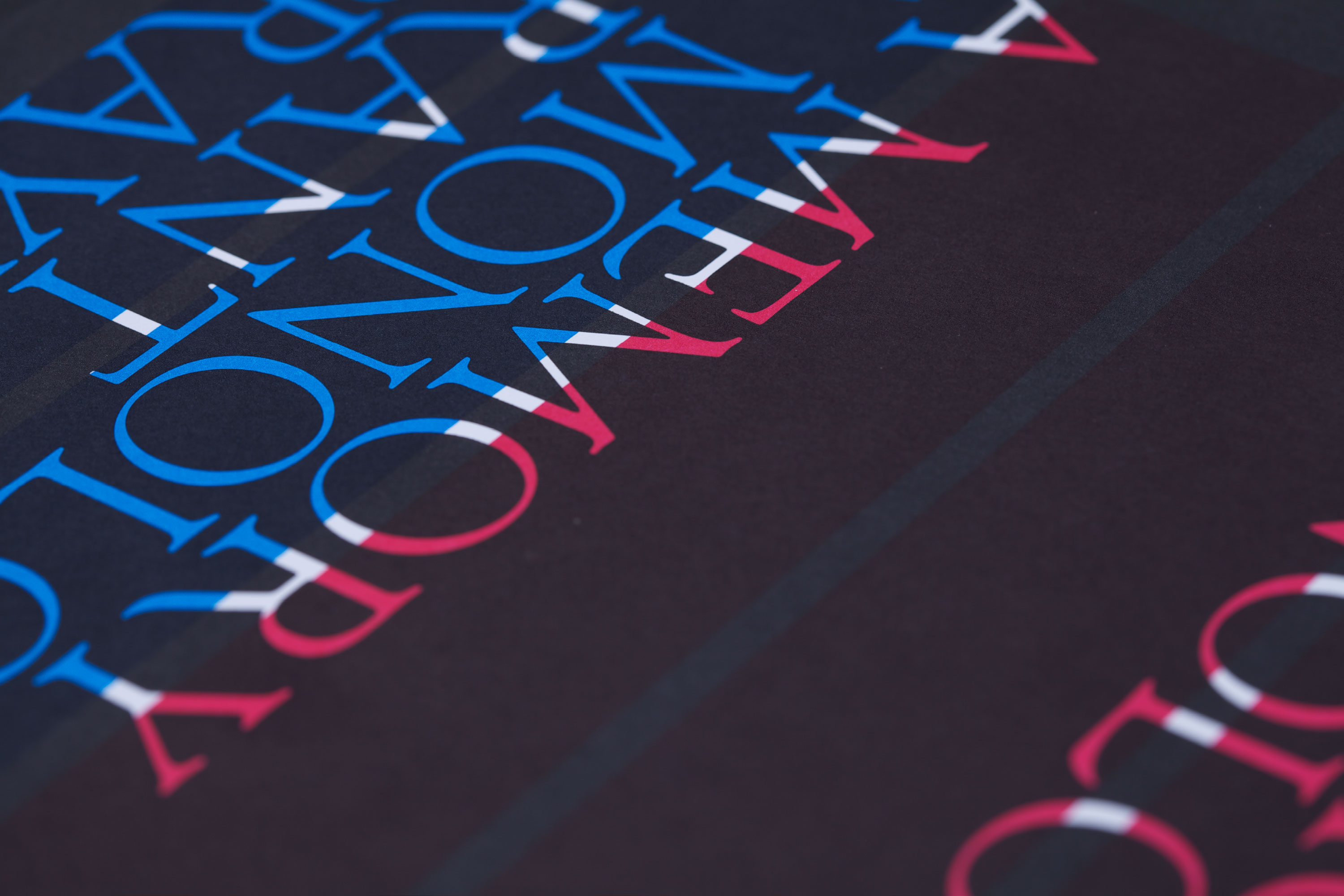 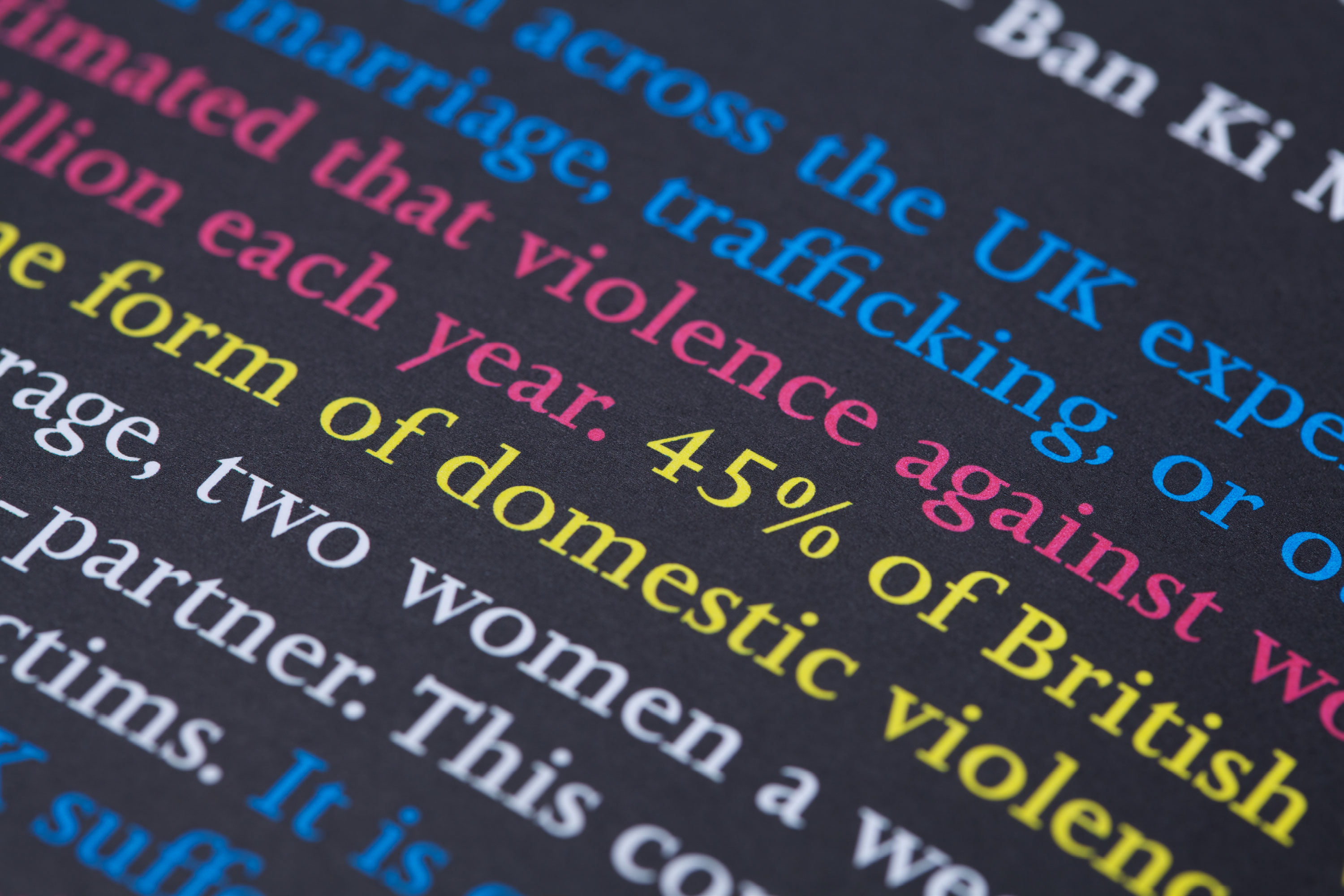 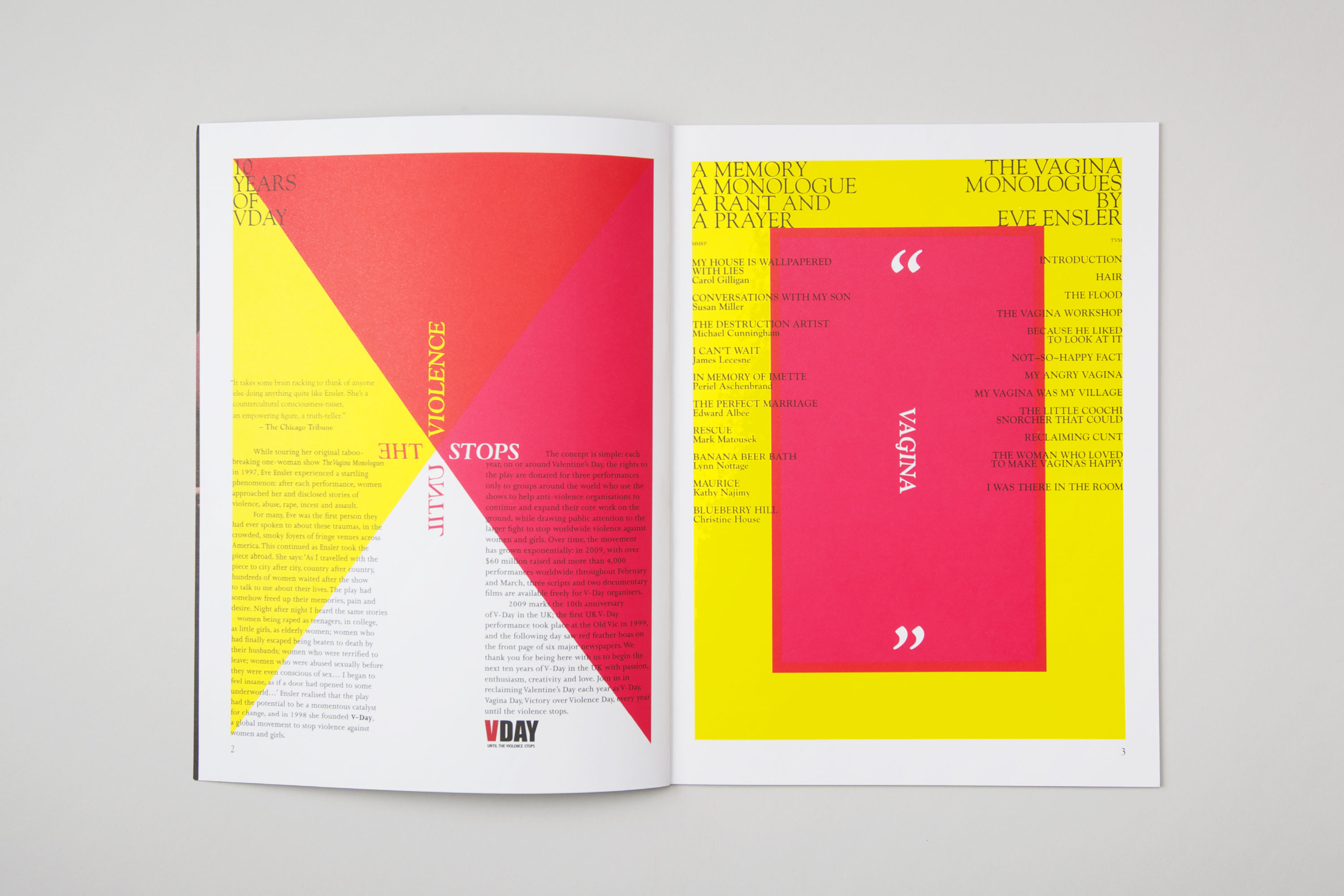 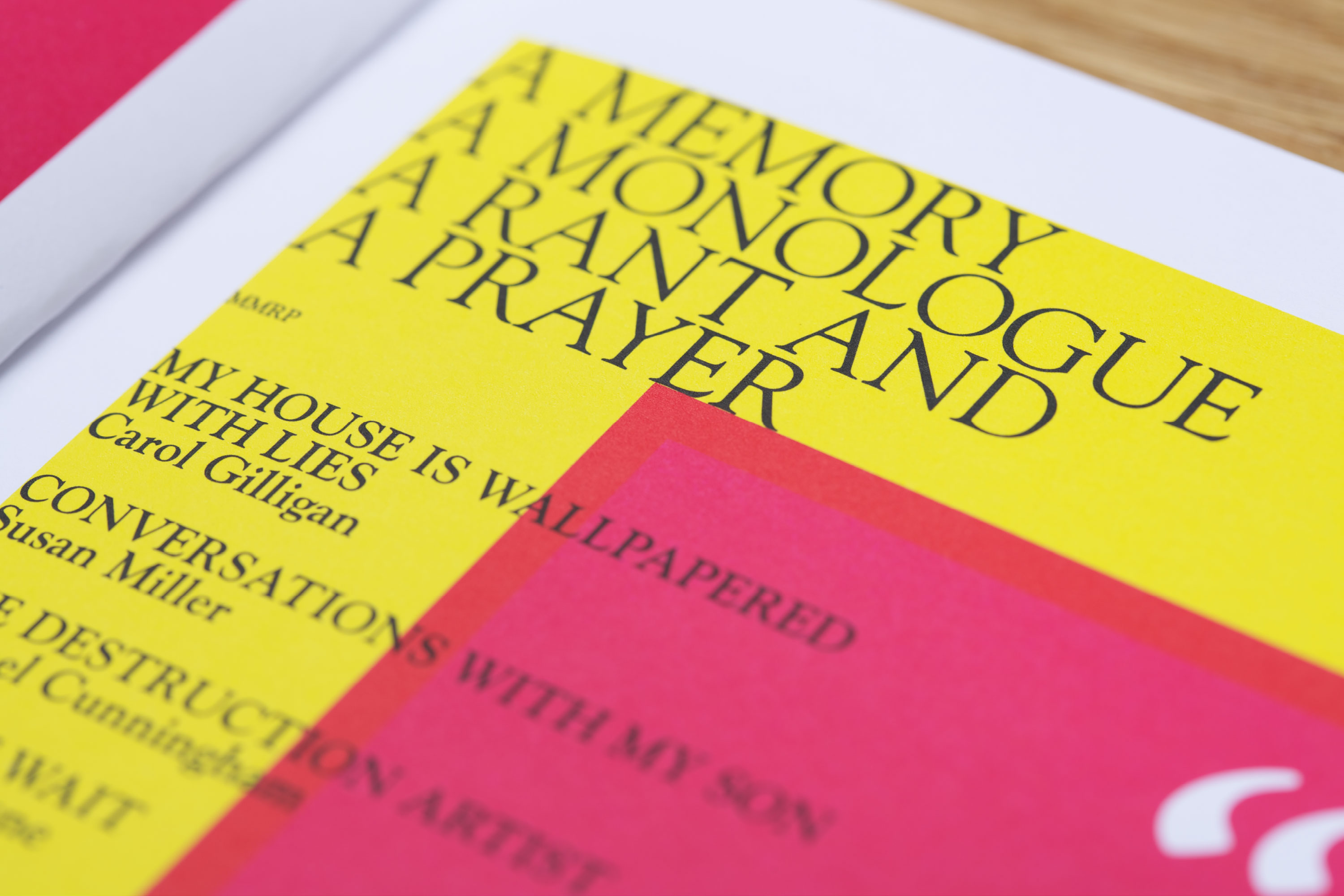 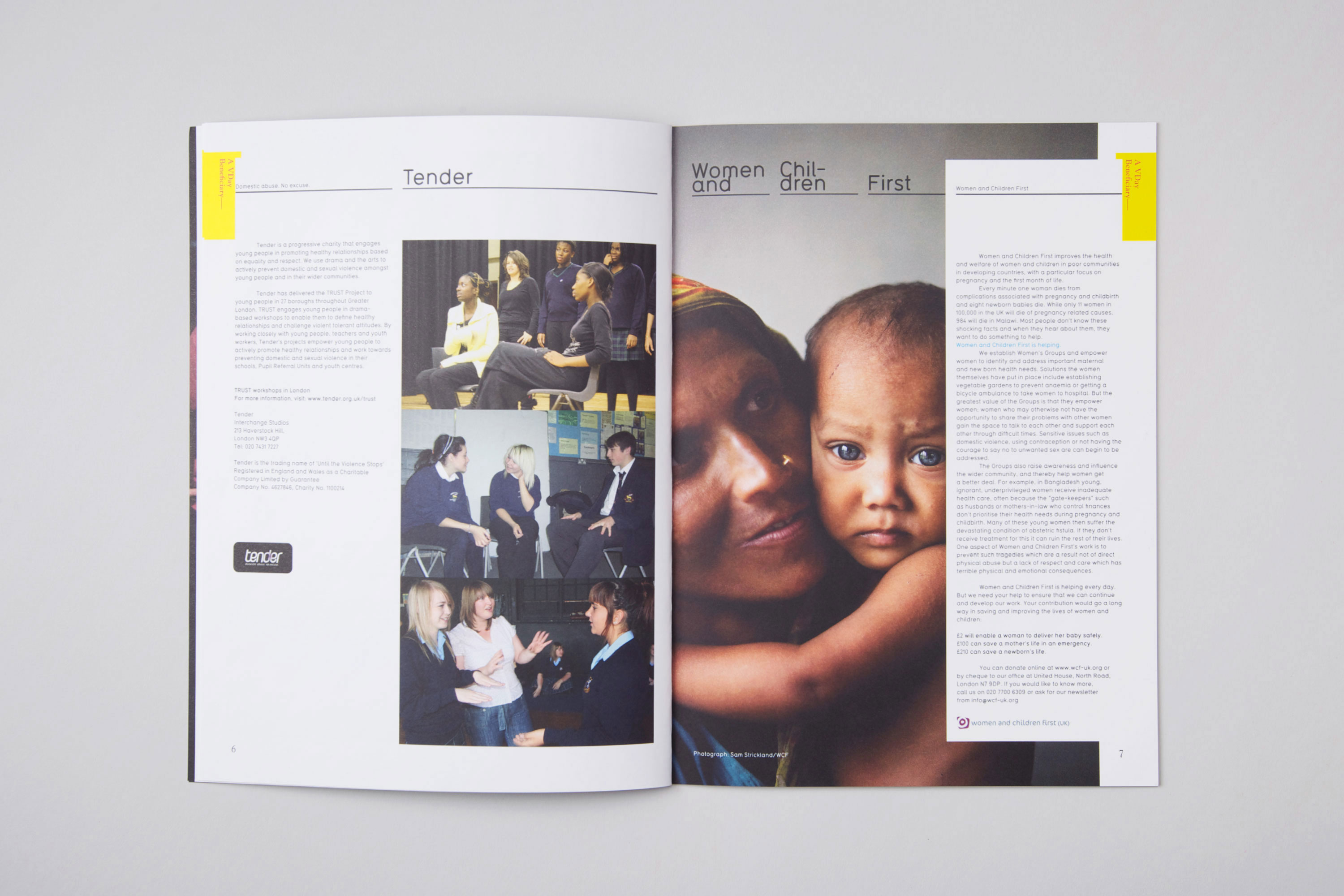 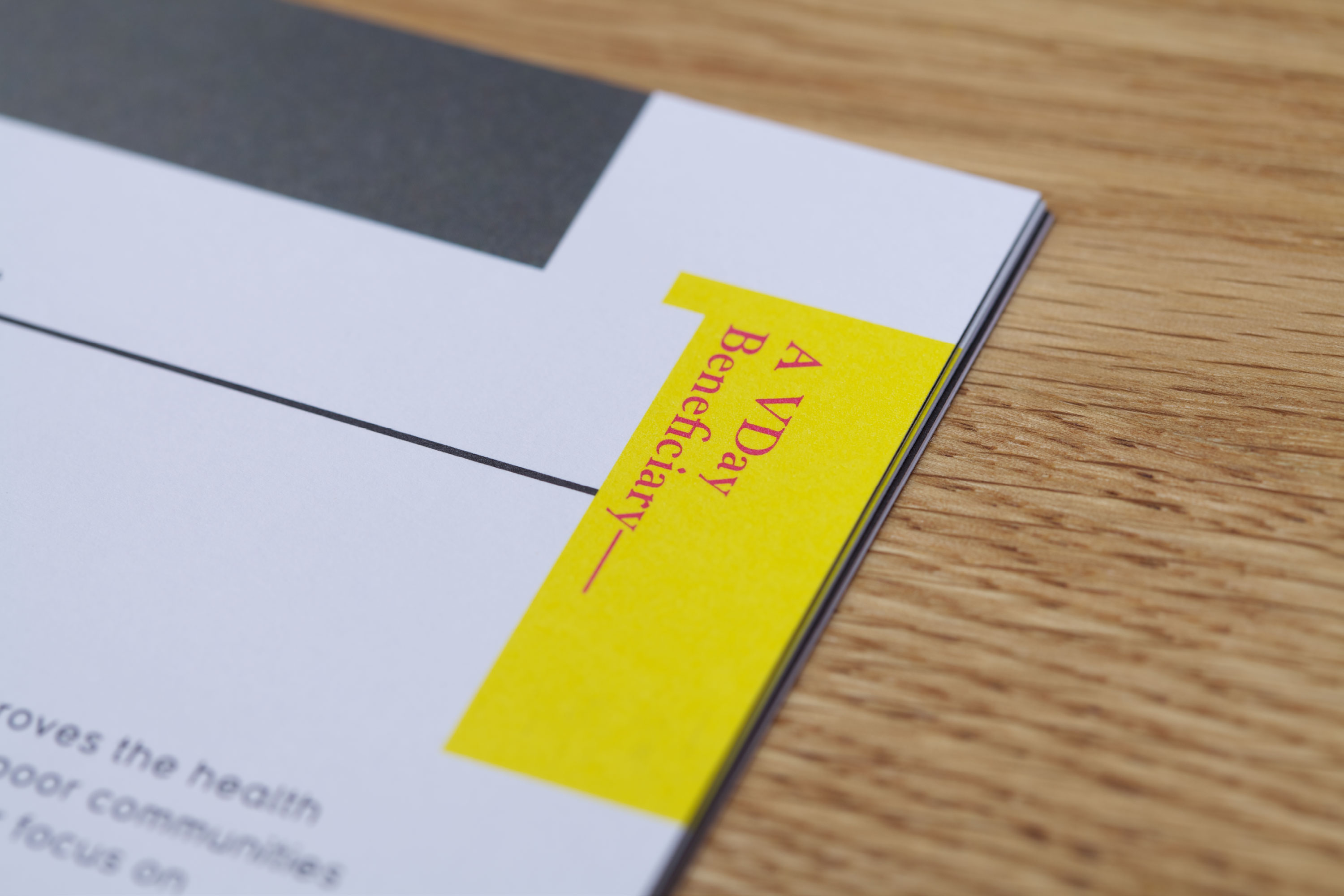 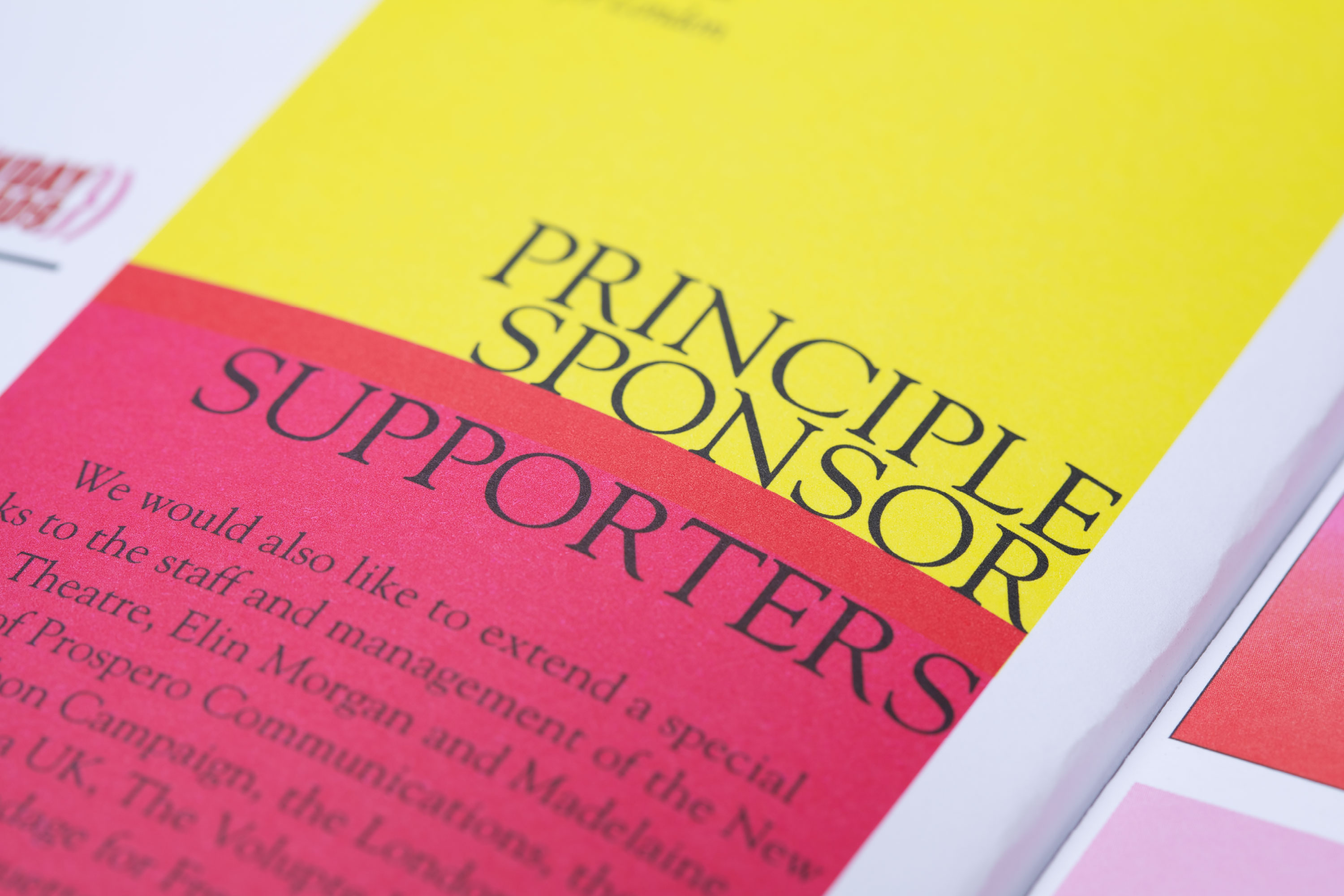 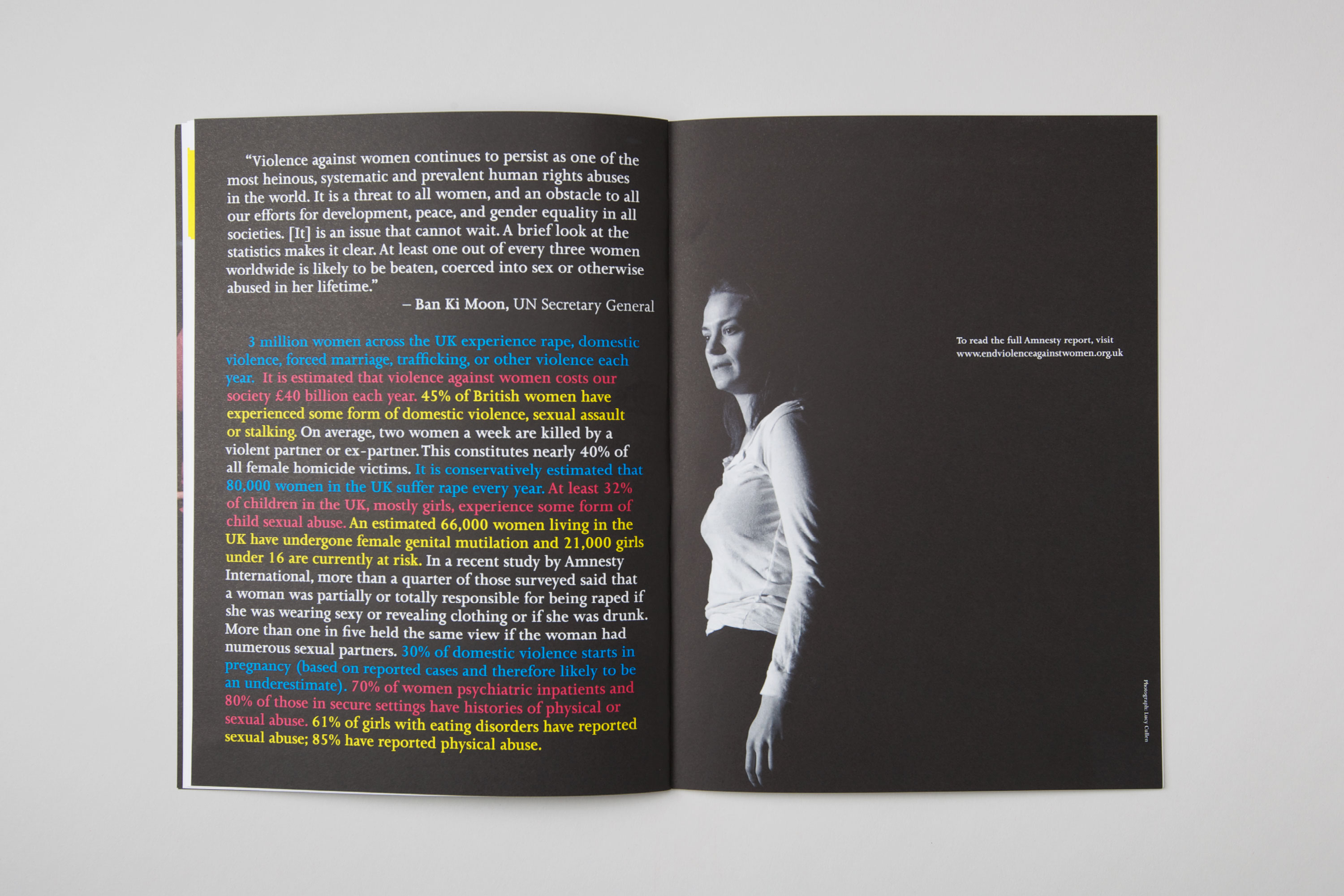 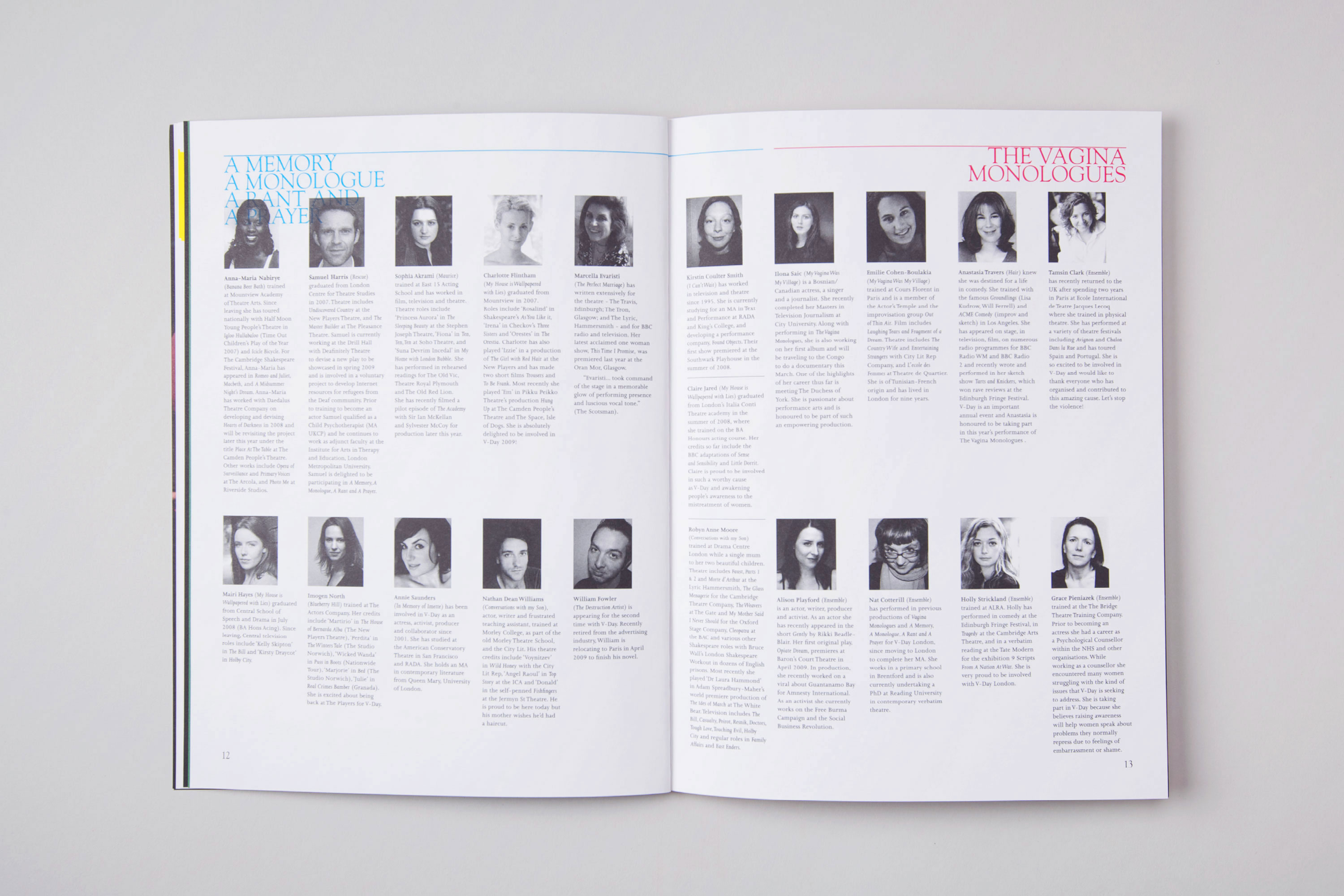 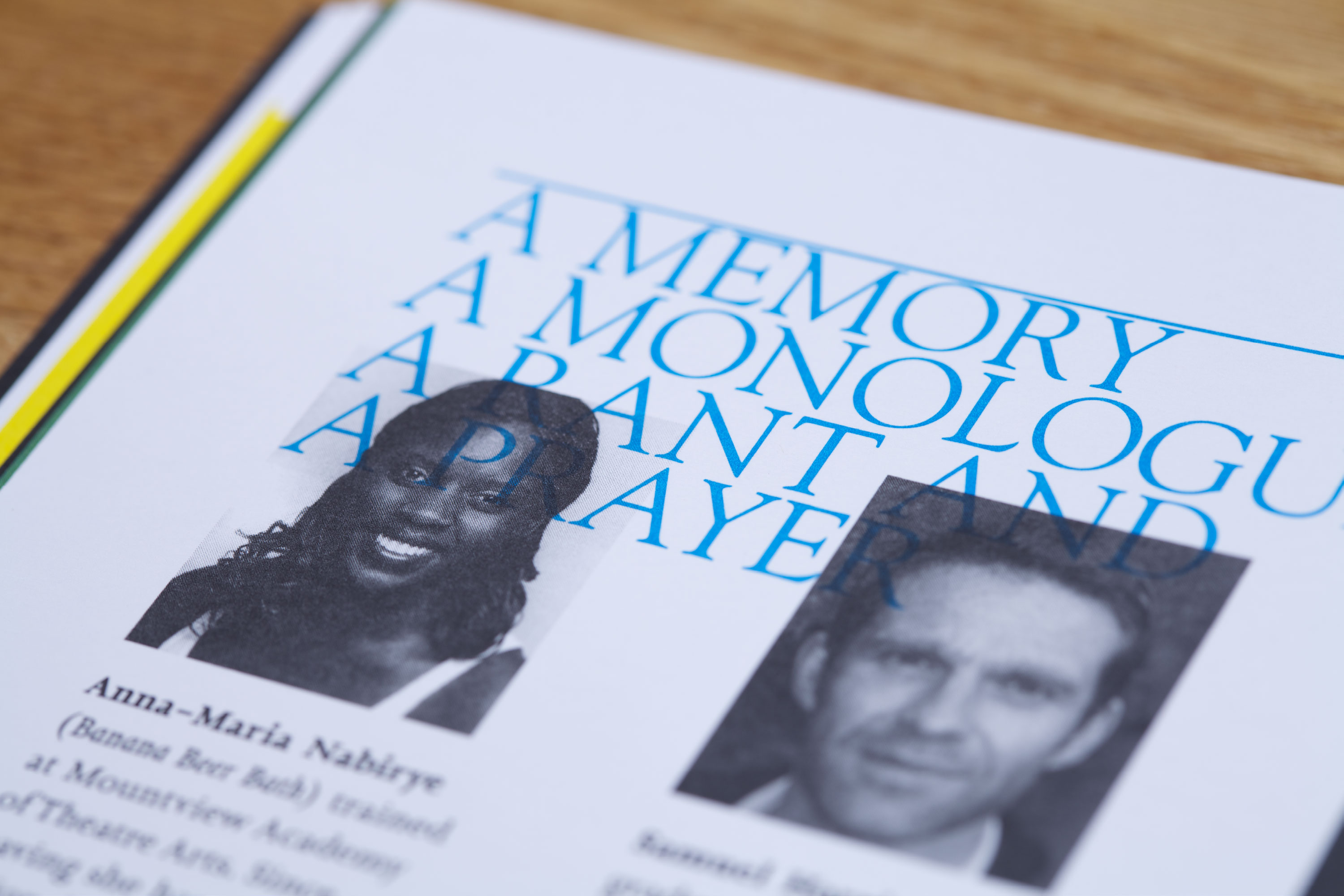 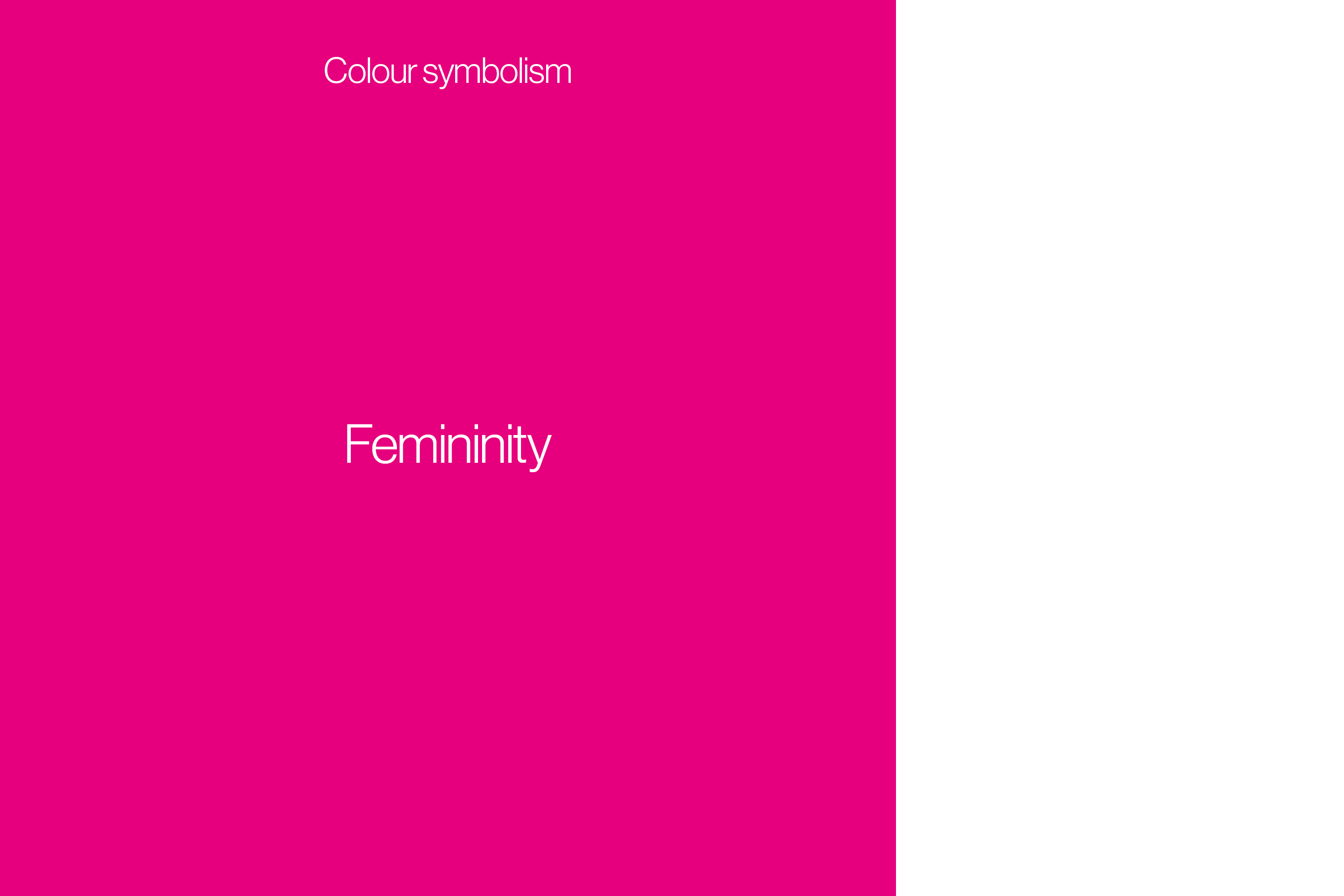 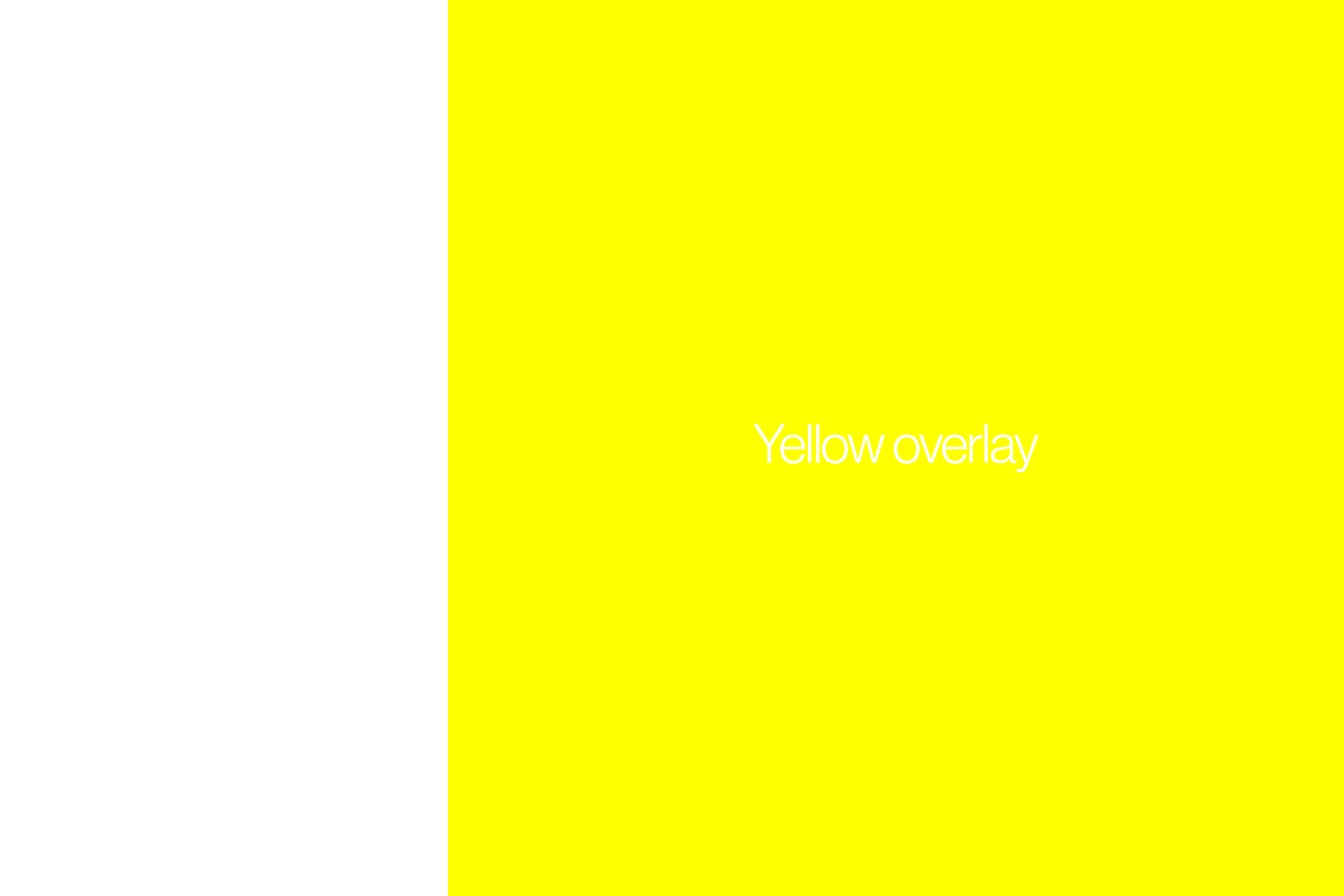 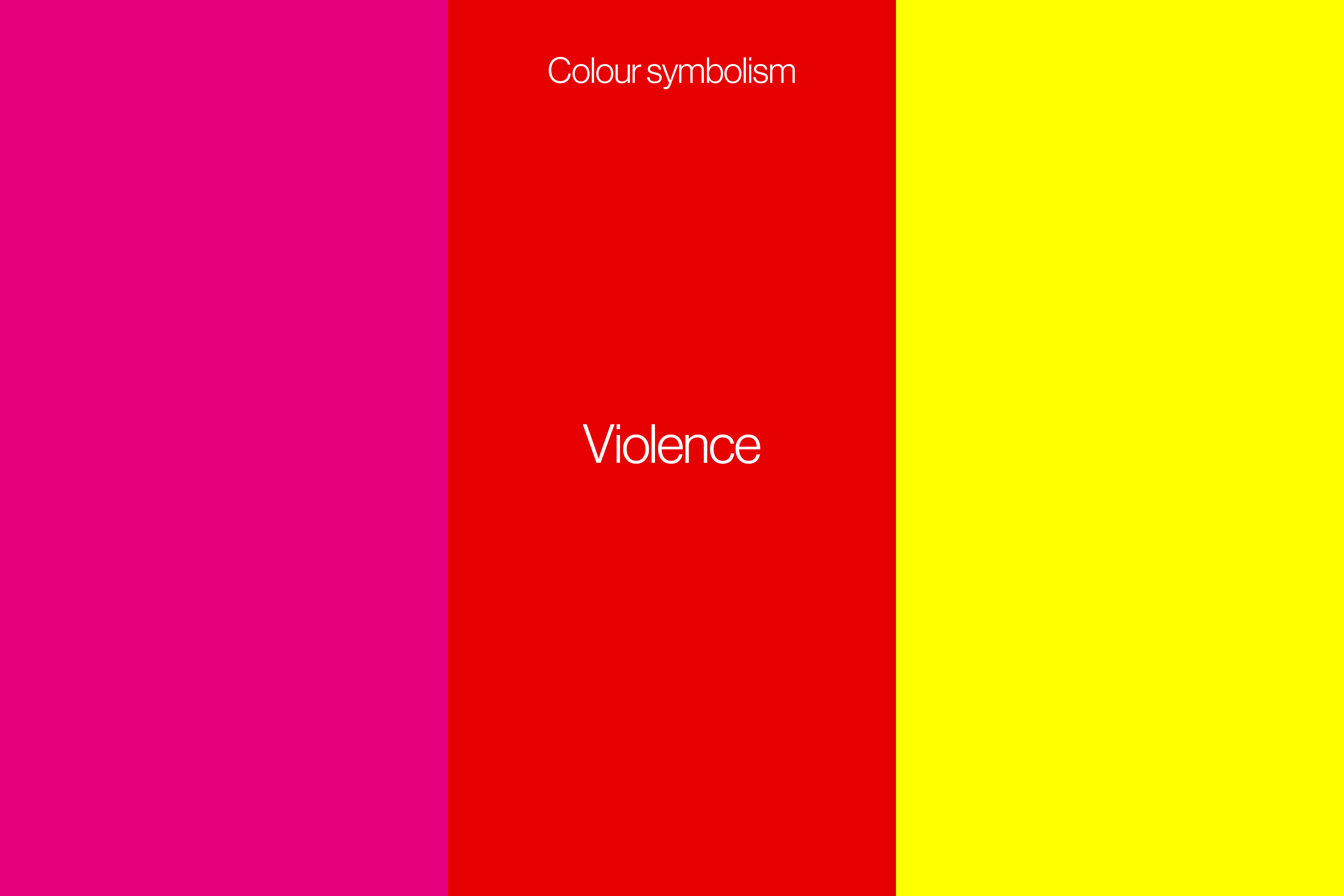 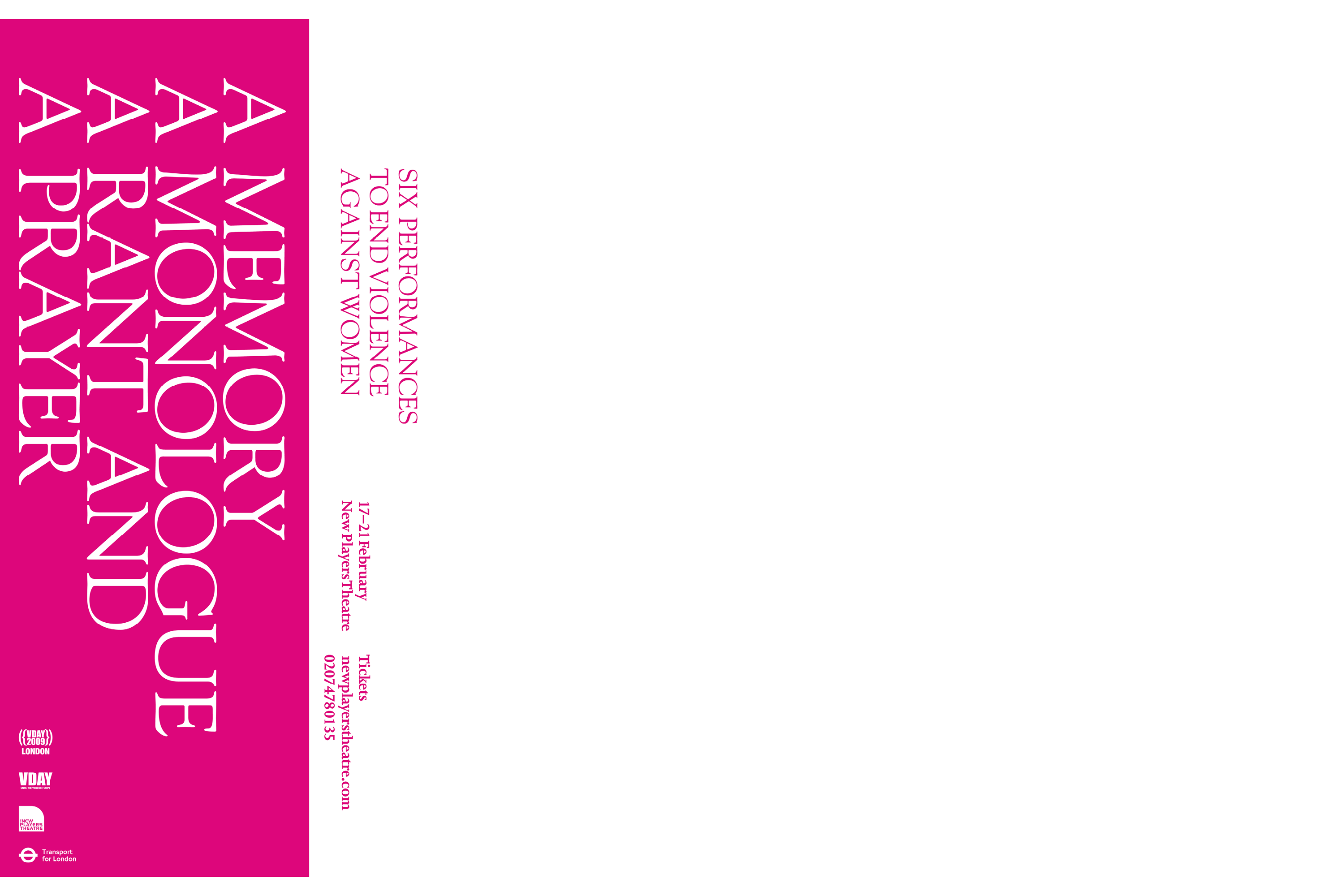 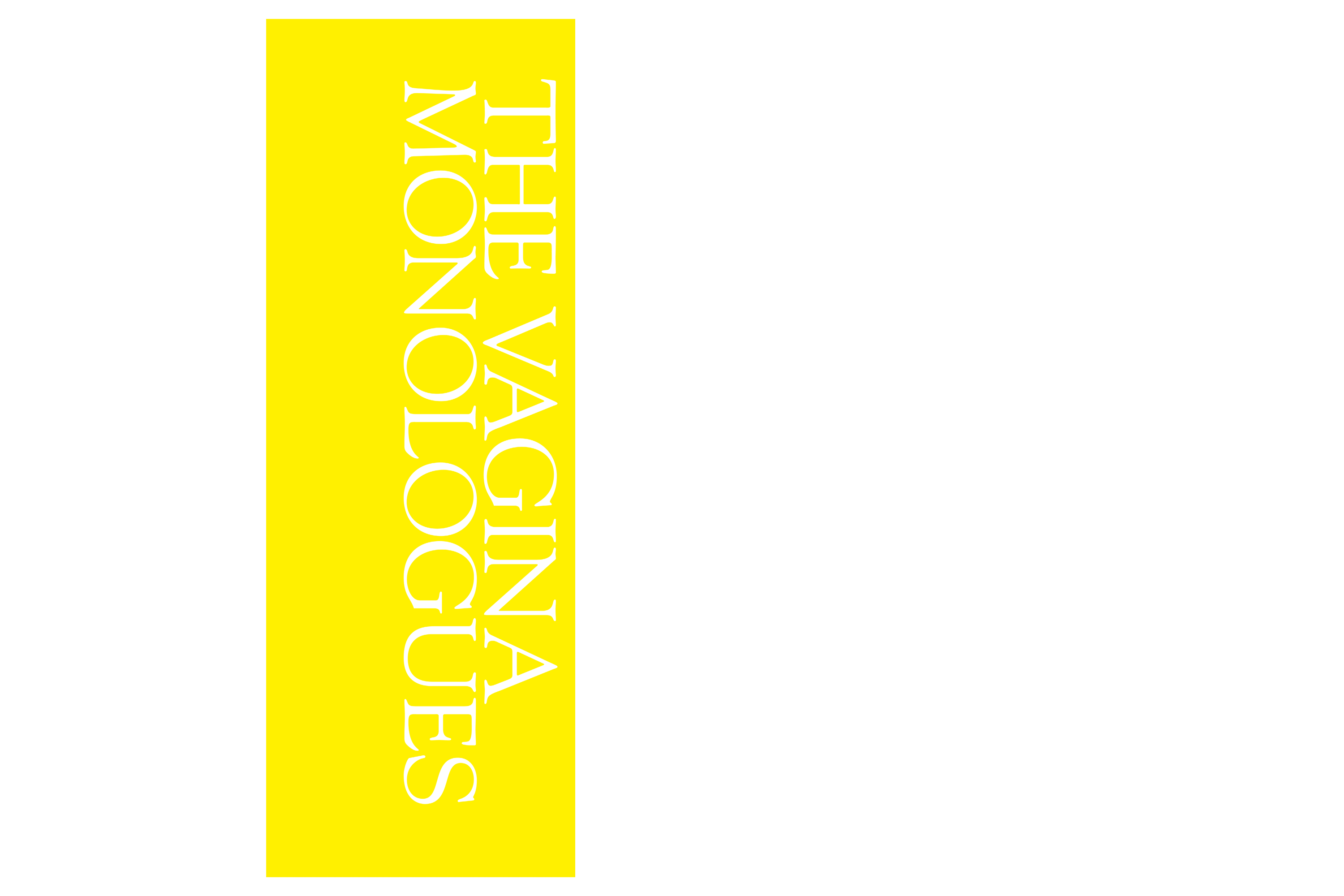 With a cast of thirty, two productions – ‘The Vagina Monologues’ and ‘A memory, a monologue, a rant and a prayer’ were performed in London in 2009 as part of the VDay organisation’s global events schedule. The productions were a charity event organised to help fight violence against women.

The promotion design culminated in a visual identity and publication based around colour symbolism. This was brought to life using a print production technique called overprinting, whereby colours mix where they overlap. Magenta was used to represent femininity. When overlaid with yellow, red is produced, which is representative of violence. This visual identity concept was then pushed to abstraction to create a memorable promo collateral theme.